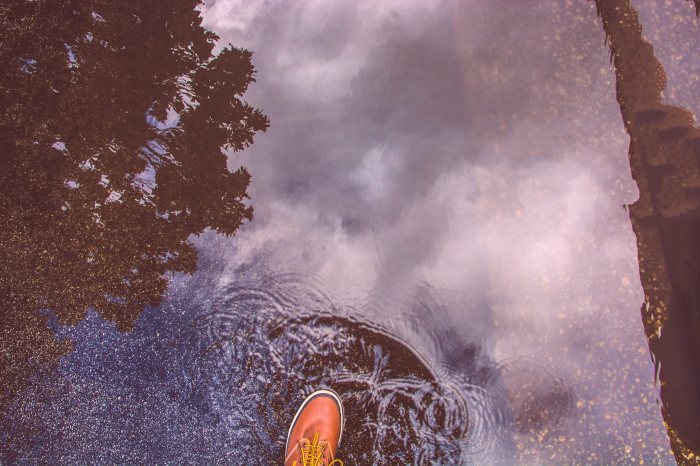 Every decision we make changes things. The people we befriend, the examples we set, the problems we solve…

Sometimes, if we’re lucky, we get to glimpse those ripples as we stand at the crossroads. Instead of merely addressing the urgency of now, we can take a moment to focus on how a quiet insight, overlooked volunteer work or a particularly welcome helping hand moves so many people forward. For generations.

How did you get to where you are? Who is going to go even further because of you?

Thank you for passing it forward.

From Seth Godin whose words you should read.

I hope you will support, look forward to, participate in, and otherwise join this effort to help our country heal. This is wonderful work from the folks of the Equal Justice Initiative.

Each of us belongs to larger groups or systems that have some investment in our staying exactly the same as we are now. If we begin to change our old patterns of silence or vagueness or ineffective fighting and blaming, we will inevitably meet with a strong resistance or countermove. This “Change back!” reaction will come both from inside our own selves and from significant others around us. We will see how it is those closest to us who often have the greatest investment in our staying the same, despite whatever criticisms and complaints they may openly voice. We also resist the very changes that we seek. This resistance to change, like the will to change, is a natural and universal aspect of all human systems.

“How we urged them to ignore those who question their father’s citizenship or faith. How we insist that the hateful language they hear from public figures on TV does not represent the true spirit of this country. How we explain that when someone is cruel or acts like a bully, you don’t stoop to their level.”

Lesson four: Unleash the power of three. Notice how often the speaker relies upon a pattern of three to make her point. This is one of the oldest tricks in the orator’s book. In literature, three is always the largest number. “Of the people, by the people, for the people.” Four examples or 40 become an inventory. Three encompasses the world, creating the illusion we know everything we need to know.

Lesson five: Express your best thought in a short sentence. This is one of the best lines in the speech for a number of reasons. It’s a short sentence, only seven words. Each word is a single syllable. There is parallelism between “they go low” and “we go high,” emphasized by the repetition of the word “go.” The sentence is complex, that is, it begins with a subordinate clause “When they go low,” which describes the opponent’s weak move, followed by a main clause that gives greater weight to the speaker’s values.

“Kids like the little black boy who looked up at my husband, his eyes wide with hope, and he wondered, Is my hair like yours?”

Lesson six: Find a focus. Stick with it. In the story “The Lottery,” by Shirley Jackson, the winner of the town’s annual lottery gets stoned to death. It is a surprise ending, but there are several mentions of the word ‘stones’ as foreshadowing — never “rocks.”

If I had to choose one word to describe the speech, it would be “kids.” It is repeated five times on a single page. She also uses words like children, sons and daughters, but the informality of kids draws you in: “So, how are the kids?” There is a significant literature in African-American culture about the issue, the problem, the glory of hair. Of “good” hair, and “bad” hair. It feels almost daring for Michelle Obama to refer to this incident, to turn a taboo into a parable and a blessing.

For me, being woke means awakening to the pervasive, intersectional insidiousness of white supremacy. This awakening is not limited to people of color. Black folks are not the only ones who needed a wake-up call.

Souls that inhabit white bodies can be allies and accomplices in the fight against oppression, in the same way that black folks can be agents and accomplices in promoting, promulgating and protecting white supremacy. As my grandmother once said, conjuring Zora Neale Hurston, “All your skin folk ain’t your kinfolk.” Meaning that you can inhabit a black body and be an agent of white supremacy. Just ask Supreme Court Justice Clarence Thomas, or any of the thousands of black Americans who are more concerned with white feelings than with black lives and bodies. Black folks don’t have the market cornered on being “woke,” and there is no agreement about how best to actualize the potentiality of the black community.

White supremacy frames black intellectualism as monolithic. Put another way, to expect black folks to think the same is an assumption filtered through a white conceptual lens. To quote Kanye West’s “New Slaves,” white supremacy says, “All you blacks want all the same things.” But this is not true. Black people may all awaken to the reality of institutional, covert and overt racism and still disagree about what is the best response to those ills.

Thank you for visiting Michael K. Washington's blog exploring the crosswalks of faith, writing, and relationships. If you'd like to get posts delivered to your inbox, subscribe below with your address.

"We write because language is the way we keep a hold on life. With words we experience our deepest understandings of what it means to be intimate." --bell hooks in a book about writing.

"...the artist must bow to the monitor of his own imagination; must be led by the sovereignty of his own impressions and perceptions; must be guided by the tyranny of what troubles and concerns him personally..." --Richard Wright in a letter to Antonio Frasconi

"I mean the common run of us who love magnificence, beauty, poetry and color so much that there can never be too much of it. Who do not feel that the ridiculous has been achieved when some one decorates a decoration. That is my viewpoint. I see a preacher as a man outside of the pulpit and so far as I am concerned he should be to follow his bent as other men." --Zora Neale Hurston writing to James Weldon Johnson

"But that is the rub from any angle--getting the chance." --Claude McKay

"I am in between. Trying to write to be understood by those who matter to me, yet also trying to push my mind with ideas beyond the everyday. It’s a purgatory I inhabit. Not quite here nor there. On good days I feel I am a bridge. On bad days I just feel alone."
--Sergio Troncoso